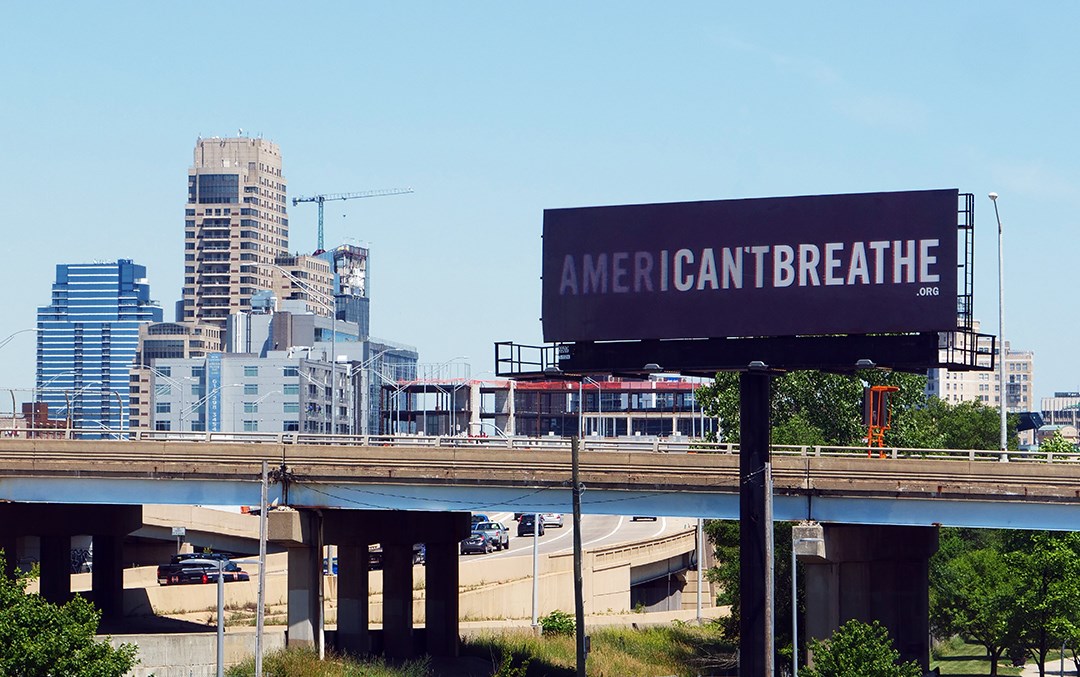 As local and international leaders respond to this time of unprecedented change and work to navigate an unfamiliar landscape, rife with social unrest and racial disparities, many are called to look into their character and use their substantial resources to build race relations and earnestly work to improve prospects for black and brown Americans. Jeff Lambert organizer and co-founder of  AMERICANTBREATHE has embraced that challenge. and within a week of the George Floyd murder by police in Minneapolis, Lambert organized AMERICANTBREATHE a campaign for “black equality fueled by the access and resources of white leaders.”

The forward-thinking business leader chose to, in the words of John Lewis, “Answer the highest quality of your heart, and stand up for what you believe in.”

Lambert spoke with Real Times Media regarding the campaign for racial unity.

What prompted you to establish AMERICANTBREATHE?

I felt the black community was throwing their hands up and saying “we can no longer fight this, but you white people can.” It seemed clear to me that I needed to put a message in downtown Minneapolis, where the [George Floyd tragedy] happened. So I thought, a giant billboard that said “we see you black community and we’re here for you.” But it also needed to be tied to action. So I looked at the impact of a billboard as a way to draw attention to the initiative. In doing that, I didn’t need to raise monies as much as I wanted to use my network of white CEOs who are looking for a way to take action to back up their words but didn’t know how.

What action did you take to advance the cause?

I purchased four billboards, two in Detroit [on Woodward Ave. and I-75], one in Grand Rapids and one in Minneapolis. And those were specifically intended to generate nominations and recommendations for businesses and nonprofits to support. We’ve been getting people sending us [their ideas] to support this nonprofit and support this business, and we’ve also gotten some interesting conversations going with the billboards.

How did you get other business owners involved in this initiative?

I looked at my own personal life and I would describe my life as being full of diverse relationships. However, I felt that I was letting myself off the hook by being empathetic versus being action oriented. I know that I have [relationships] with public companies, private equity, CEOs and people were struggling with these issues without understanding they don’t have relationships to check their words and actions against a filter to say, “Am I being insensitive?”

The difference this time is words aren’t going to be enough … there is no way to look away.

Is that because we witnessed George Floyd being killed?

I think if Breanna Taylor happened independently or without the George Floyd [killing] I’m not sure that there would have been as much of an outrage. Floyd was irrefutable evidence and the catalyst for this time. But I think that the real measurement will be the long-term change that I hope occurs.

How will corporate support impact that long term change?

There are many factors, but this time it’s going to be more than writing a check. Nike committed $40 million in undescribed commitments, and Walmart emphasized that its commitment was over five years, which diminishes the impact.

Netflix … is the real star. They said “we’re going to take 100 million dollars of our money and invest it with Black banks and those impacting black communities. The outcome of this is economic activity, not just getting dollars or doing bias training.

How do you employ similar actions through AMERICANTBREATHE?

We have to enter into and really consider what it feels like to be a minority, and that’s why action has to be more than words. Even in our hiring practices, we have to think differently about how you look or what you [bring]. I even had a different tag line for American’t breathe and thankfully, my Black friends and colleagues said “You know what I’m not sure that’s the right one. So I said, “Here’s the criteria, if it offends you, I won’t use it. If it offends a White person, I’ll absolutely use it!” Because I wanted to get their attention and say, “I’ll be the Trojan horse. I get in the boardroom where we’re all white and then we have an honest conversation about what is wrong, and what we’re going to do about it?

AMERICANTBREATHE is a message of hope for a unified future that is racism free with justice for all, and the campaign can be used by anyone in any community. If you’re interested in championing AmericantBreathe in your CITY to rally support for the community organizations and black businesses in your community, reach us at champion@americantbreathe.org